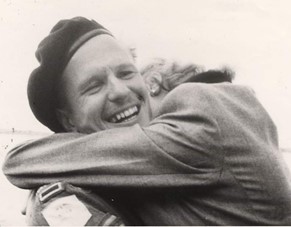 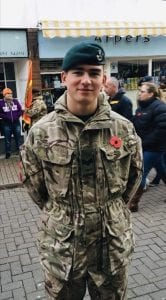 An 18-year-old Berkeley man is to run more than 120 miles in just five days in memory of his Great Uncle, Sergeant Sid J. Brisland, a survivor of the heroic battle of Imjin River – part of the Korean War – in 1951.

Maurice Brisland, a politics and international relations student at the University of Birmingham and a former Gloucestershire ACF cadet, will commemorate the 70th anniversary of the battle by running 22, 23, 24 and 25 miles consecutively on April 22, 23, 24 and 25. On the 26th, he will run a complete marathon (26 miles) to acknowledge the time his Great Uncle spent in captivity.

Maurice said: “My Great Uncle Sid volunteered to stay behind with the wounded, giving those who were able time to break out back to friendly lines. His courage, gallantry and resilience has inspired me to do something to remember this occasion by and hopefully help others. I’m attempting this personal challenge so I can give a little bit back by way of gratitude.”

Maurice has chosen to fundraise for three separate charities that have had significant impact on his life. They are The Soldiers of Gloucestershire Museum, Care for Casualties, which supports wounded servicemen and servicewomen from the Rifles and Gloucestershire ACF, from which the student says he has personally benefitted massively and hopes other kids will continue to do so.

Lt Col Tony Ayres of the Imjin70 group said: “I would like to thank Maurice for committing to commemorate not only the sacrifice of his Great Uncle, but for all the soldiers who fought and either died or had to live with the consequences of the battle.

“Maurice is an excellent example of the values and standards that the Army Cadet Force instils in our young people. I thank him for his selfless commitment and courage in taking on such a gruelling challenge.”

A GoFundMe page has been set up for anyone wishing to donate to the three causes, which can be accessed here https://gofundme.com/f/maurices-marathons-for-imjin70

Maurice is also inviting anyone interested to join him on any of the days from April 22 to 26. He will start each day at 12:00 from outside the Berkeley Arms pub, Berkeley. The final day, where he will run 26 miles, he will finish in Gloucester.