THE LATEST NEWS FROM SOLDIERS OF GLOUCESTERSHIRE MUSEUM

A word from the Museum Director 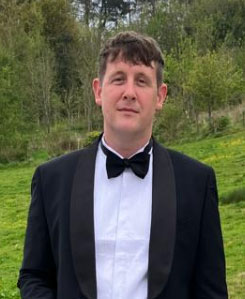 For this edition of Drumbeat, I thought it would be good to take a glimpse at the future direction of museums like ours. The world seems to be changing at a fast pace and several times in my nine months in post, I have been asked about the relevance of military museums in modern society. As supporters of SOGM, I’m sure you find this sort of comment as frustrating as I do, but the good news is that we are ahead of the curve.

The Gloucestershire Regiment in particular has served all over the world for 300 years and has come into contact with a wide range of diverse cultures. We aim to explore these interactions, be they positive or negative, in a vibrant and interesting way. The Glosters were involved in some huge world-changing events like the Indian Mutiny or the American War of Independence for example. We have a fantastic opportunity to see the view from the other side of the hill. We are calling this Project 360.

Our evolution will allow us to celebrate our name, 'the Soldiers of Gloucestershire Museum', in the fullest terms, more than ever before. The original museum was set up by our two county Regiments, the Gloucestershire Regiment and the Royal Gloucestershire Hussars.  As such, our collection and our focus have been solely on these two Regiments. However, the opportunity exists now to broaden our story to cover other complementary perspectives on the military community in our county and region. As part of this, we will be able to tell the story of our army, navy and air force and their connection with the people of Gloucestershire and Bristol.  Potentially that includes our defence industries as well as other links, such as the code-breakers' ties with what is now GCHQ. If there is a story of interest that connects our county and the military then we wish to tell it.

These two major projects will take time and I can’t see myself being happy with where they are for another three or four years. The reason for this is that we need to incorporate new galleries, rotate objects, research the stories and forge new links with individuals and groups who have knowledge where ours is lacking. So please be patient with us but it is good for you to know where we want to be.

Financially the museum is on a stable but still modest footing. I’d like to reach a point where we no longer need major grants (such as the generous £10,000 from the Garfield Weston charitable foundation we recently received) but we are far from being on a sinking ship. As standard practice, a charity should have enough reserves that if it closed for a year it could survive. We have now achieved this goal and so I am content. The next step is to grow our revenue and footfall such that we can invest in more staff, exhibitions and research.

A criticism of the museum has been our communication and this newsletter is the first of a number of steps to overcome this. There are many other ways to stay up to date with what’s going on though, especially if you are active on social media. 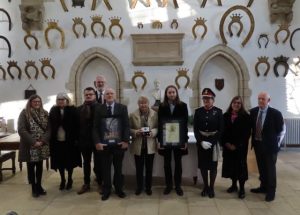 The service records for the Korean War have not yet been released by the MOD so this research has been undertaken from Gloucestershire Regiment archives and publicly available information.

During the Second World War Crowson served with 2nd Battalion The Wiltshire Regiment and was wounded on 16 March 1944 in Italy. It is not known whether he stayed on as a regular with the Wiltshires after the war or whether he was one of the Regular Reservists called up to reinforce 29 Infantry Brigade in August 1950 when the decision was made to send that force to Korea.

No matter he would have arrived in Korea in November 1950 with The Glosters in time to join the UN forces which having broken out of the Pusan perimeter were advancing up the Peninsula. They retook Seoul and then pursued the North Koreans onwards to Pyongyang and beyond.. During this advance 29 Brigade was able to acclimatise to the difficult  terrain and fought several minor actions, all useful in hardening up the battalions for what lay ahead.

US forces reached as far as the Chinese border which encouraged the Chinese to officially join the fray. The UN Forces outran their logistic support and were overwhelmed by the mass waves of Chinese attacks from across the border.  A headlong retreat then developed back to Seoul and further south. 29 Brigade acted as rear-guard to part of this withdrawal, holding bridges, until the mainly US Forces had extricated themselves. It was a bitterly cold winter and British winter warfare clothing was non-existent. But there was a silver lining; in the rushed retreat the US Forces abandoned their forward logistic base near Pyongyang so Colonel Carne gave each company in turn an hour to loot it. They came away with parkas, winter hats and sugar.

In their turn the Chinese and North Korean forces outran their logistic resupply and the UN stabilised a line about 50 miles south of Seoul. Having reorganised, the UN force started the advance to retake the lost ground. On the 13th February Colonel Carne was given his orders to take Hill 327 with a battalion attack. During that night the Chinese were still active and launched an attack on the US Cavalry Division on the Glosters’ flank. Outlying patrols reached into the Glosters positions but were beaten off. They covered their retreat with Mortar fire which killed Private Crowson and one other near to Battalion Headquarters. He was 27 years old at the time.

His death was recorded in the Peterborough Standard and listed his address as Huntly Road, Woodston. He is buried in the Pusan Memorial Military Cemetery Plot 4, Row 1, Grave 115.

On 9 December 2023 his niece was presented with the Elizabeth Cross at Oakham Castle by the Lord Lieutenant of Rutland. The Regiment was represented by Major Colin Gordon.

We had a particularly interesting enquiry recently from a Herr Wolfgang Luedecke, a member of the Bundestag. The email trail follows;

I am currently in the process of researching which British regiments were stationed in Berlin in 1945 and 1946. According to my information, the 2nd Battalion Gloucestershire Regt. was stationed in Berlin in the summer of 1946. Unfortunately it is not possible for me to find out in which barracks they were billeted in Berlin. Can you help me?

I would be very happy to hear from you.

To which I replied:

Our 2nd Battalion was stationed in what we called Montgomery Barracks from March 1946, they were part of the 5th Guards Brigade. They took over from 5th Battalion The Dorset Regiment.

In case it is of interest I was stationed with 1st Battalion The Gloucestershire Regiment in Brooke Barracks Berlin when I was a young subaltern, from 1967 – 1969. One of my historic memories is walking past Rudolf Hess when he was exercising in Spandau Prison and I was the guard commander. I will never forget those huge bushy eyebrows, he was a very tall erect man.

I went back to Berlin to take over command of 1 Glosters in 1987 now in our third Berlin tour, this time in Wavell Barracks. By sheer coincidence in the first month I was there Hess died and I had to provide the guard for the British Military Hospital, while Russian doctors came over to check it was him.

Please get back to me if you require any further information. I enjoyed my time in Berlin and must get back to see it without that hideous wall in the middle, one day.

Thank you for your response. You have helped me a lot, a crucial gap in the chronicle (which is emerging and continues to grow) which British regiments were stationed in which barracks in Berlin.

I actually thought this would be an easy task, but I underestimated the time 1945-1950 a bit. The effort of research is particularly large here. But I'm optimistic that I can finish a full listing. Especially with your answer!

I am pleased that you have interesting memories of Berlin over such a long period of time. Especially in the military you will probably have experienced many good, but certainly also physically demanding times.

It's good that we survived the Wall, but we mustn't turn a blind eye to the fact that this was only possible over the decades thanks to the Western Allies. And the British occupied a special position for me in this.

The Wall fell, the British withdrew from Berlin (unfortunately with that they lost the British military band in Berlin), but the monster in the East stayed. The border has shifted further to the east. Let's hope that the military extension will continue to work.

Thank you also for your offer, if I should have any further questions that I can contact you. I wish you and your family a Merry Christmas and a Happy New Year.

I followed this up with an article from The Back Badge of 1946 which detailed the 61st experience in Soest and Berlin after the war ended. It is too lengthy to repeat here but I will see if the Friends newsletter would be interested.

I thought those of you who served in Berlin would like to see that we were appreciated!

Save as PDF
Scroll To Top